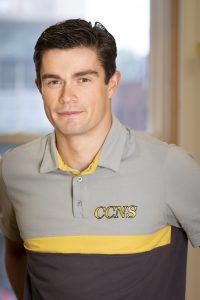 If you have done any of our CCNS-coached ZRL seasons, you have probably heard his voice whispering tips into your ear as you turn the pedals. He is Zwift Racing Guru, ranked inside the top-50, a former Canadian Pro Cyclist for the H&R Block Team, and the youngest of the CCNS coaching team. However, age is just a number for this man who is wise, empathetic, and understanding beyond his years. We are excited to share more about Coach Vivien Rindisbacher on this week’s CCNS Coaches Highlight.

Having started at CCNS in the summer of 2019, Vivien is the newest member of the CCNS Team. Hailing from our neighbors up north (Canada), he now resides in the greater Boston area. A Human Physiology major at Boston University and commander in chief of the NE Devo u23 team, a squad that mentors young cyclists on their journey in the sport. He brings a wealth of knowledge and analytical skills to the arsenal of CCNS coaches.

Despite being Canadian, it was cycling, not hockey, in his blood. His uncle was the 1979 World Champion for the individual pursuit on the track, and as the family story goes, he had a relative that finished 7th in the Tour de France in the 1940s.

In the summer of 2011, while visiting family in France on a summer vacation, he saw the Tour de France on television. His uncles were cheering on the Alberto Contador v. (no pun intended) Andy Schleck throwdown of that year’s race. The cycling pilot light turned on but was not quite lit... yet.

Two years later, at the age of 14, his uncle got him on a road bike and ignited the flame. After a quick ascent through the ranks at the Killington Mountain School, V was offered a pro contract at the tender age of 18 years old from the Canadian Pro Team, H&R Block. He was following the family footsteps into pro cycling. 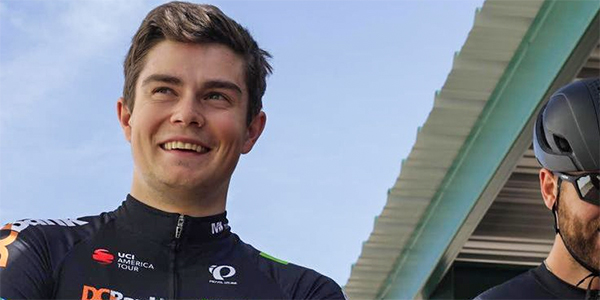 However, being a professional cyclist is not an easy job. His first year in the “circus” was a major personal turning point. It was a reality check of what life as an elite-level cyclist had in store - months on the road at a time, being alone and away from his family for the first time in his young life was a harsh realization.

In the Fall of 2018, he got accepted to Boston University to major in Human Physiology. It didn’t take him long to realize he wanted to put his studies into action. In the spring of 2019, he reached out to his old coach, Aidan Charles, in an email asking if he could have a summer internship at CCNS. He said his goal was to become the best endurance sports coach in the world; Aidan said yes. That internship quickly developed into Vivien becoming a cornerstone of the CCNS coaching team. 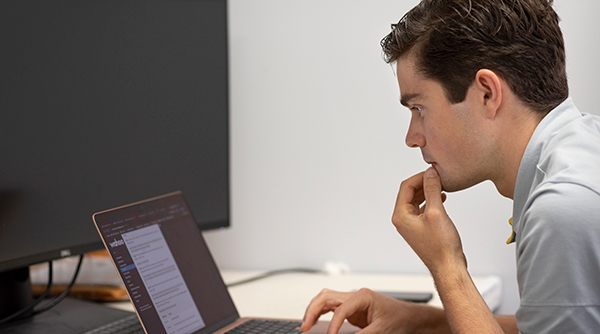 CCNS: We know you love the science and analytical part of the coaching, but what is your favorite part of coaching athletes?

Vivien: The analysis of data, coupled with the physiology side of coaching is what got me hooked. But the relationships you build and the understanding on a human level about how the data and physiology work with the human aspect has to be my absolute favorite part. I love seeing how developing someone as an athlete transfers over to their real life—the process of goal setting, the hard work, determination, and perseverance that goes into it. The outcome is something that can transcend more than sport.

Dave Sandifer, who has worked with Vivien for the better part of a year, agrees:

“Coach Vivien has helped me get back to fitness levels I never thought I'd see again. Most importantly, he is guided not just by data, but by an understanding of my sense of well-being, mentally and physically.”

We agree with both Vivien and Dave. It’s more than just numbers. It’s a lifestyle.

CCNS: You also coach (and race for) the NE Deveo U23 Team. What inspired that?

Vivien: Being a coach helped that role, but really it all started after my year as a pro and experience that side of the sport. It can pick you up, chew you up and spit you out if you don’t have a sound support system. After my experience, I didn’t want to see other young athletes go through the same thing - so with the help of Douglas Crystall, we started NE Devo to help shepherd U23’s into the sport with a good support system so they can reach their full potential, and have fun doing so!

CCNS: That is what it is all about! What about your racing? What keeps you going and what are your goals for 2021?

Vivien: Even though I stopped racing professionally, I always have loved the community and team atmosphere behind it all. The all-guts racing combined with the camaraderie of the team is what motivates me. My goal is to have the NE Devo riders see their potential and find their way in this sport. I want to lead by example while also helping them score their own results.

CCNS: Well, based on your 3rd place at Intelligentsia Cup- it looks like you got the lead by example down quite well! Do you have any words of wisdom for athletes?

Vivien: Focus on consistency, don’t be a hero. It is more important to achieve something on a daily basis that puts you in a better place as a person in general than to do one epic thing here and there.

CCNS: Perfectly said. Consistency and balance are key. Thanks, V! Now a few “rapid-fire” questions for you…

CCNS: Thanks, V! We are excited to have you at the CCNS Team, and based on what these athletes have said, they couldn’t think of a better fit in their coaching choice!

Rich Nadeau:
"Vivien has been great in helping me transition to a smarter, tailored plan that would meet my goals. He definitely challenges me with workouts that I may not think I’m ready for, but due to his experience and coaching tools, he hits the mark, and I end up getting stronger as a result.  I look forward to our discussions and get a lot out of them, whether it’s discussing my plan, racing tactics, nutrition, or just a pep talk.  I have a few podium results and a win this year and have Vivien to thank for his coaching and partnership.”

Michael Mikolay:
“As someone that is relatively new to coaching, I was a bit apprehensive about the process and how the interaction would work. Looking back, I am thrilled to have been matched with Vivien. He quickly put those reservations to rest right from the start. He is sincere, patient and supportive. His passion for cycling is infectious. He fuels my desire to improve through his constant encouragement, continually setting the bar higher, and is wise beyond his years as evidenced by the depth of knowledge he relays through the constant feedback I receive. Vivien also shares my interest in the technology and data that tracking my progress provides. I think that anyone listening into our check-ins would find that we often ‘geek out’ to the nitty-gritty details of all the tools Vivien and CCNS use to help us train!”

Grace Jensen:
"A lot of people rely on Siri or Alexa – I have Vivien. I can ask him any question on running or biking, and he knows the answer, or if I tell him what I want to achieve, he makes it happen, of course with a lot of sweat and hard work on my part. As a busy professional, I don’t have a lot of time for fluff, and I love knowing that every training session Vivien assigns me is one step closer to achieving a goal. Whether it’s a biking or a running workout, he explains the purpose and the science behind it, no matter how many times I ask!  He has revealed strengths to me that I didn’t even know I had, and the challenges he has presented to me keep pushing me to higher levels, although his goal of me beating his time on the Mt. Washington Hill Climb might be a little out of reach! It's only been a year being coached by Vivien, and I still can’t believe how great my running and biking feels and with way fewer training miles and absolutely NO injuries. "

If you have any more questions for Coach V (like where to find the best poutine in Boston), just shoot him an email here.